R.A.P. Ferreira with BLAX and Eugenius 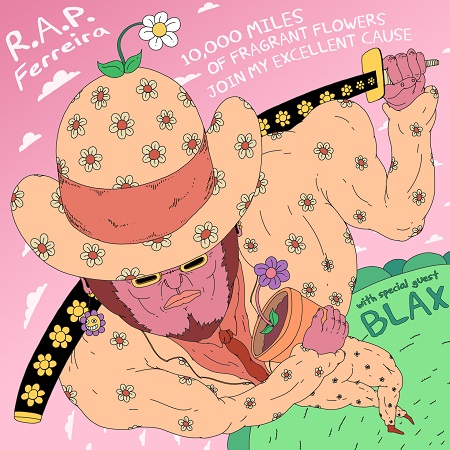 General Admission: $15 advance, $20 at the door
More info: www.mikesmusicohio.com/the-village
R.A.P. Ferreira fka milo aka scallops hotel is an emcee, producer and theorist working in the Black arts tradition commonly categorized as rap. Having founded the label ruby yacht in 2015 and since releasing all of his music through this channel, Ferreira has earned a sizable following within independent hip hop by rigorous, constant touring and an elevated, explorational style of performance. He is known for an uncompromised, utopic flow that speaks directly to the root of the listener. By 2018, the young artist galvanized his presence in the American rap scene with the opening of Soulfolks Records & Tapes in Biddeford, Maine. Ferreira has a sprawling, limitless catalog ranging years, names, geographies, intentions, collaborations, and vocabularies.
In an era defined by keyword search, soundbyte, cosign, marketing and virality this artist’s work stands out by not cow tailing to the movements and trends of the digital sphere. He currently makes his home in Nashville, Tennessee where he continues to helm the Ruby Yacht while studying to become a blues guitar legend.
FB @modestmilo
Twitter @yomilo
IG @hipcatscience
afrolab9000.bandcamp.com
rubyyacht.com

BLAX
8:30pm
BLAX, emcee/singer/songwriter/producer from Milwaukee, WI has been paving his own lane since the early 2000’s - establishing himself as one of the midwest’s rising talents. After suffering the untimely loss of his son during the summer of 2018, BLAX stepped away from the scene to grieve, re-focus and reinvigorate. Accomplishments have become the foundation and bedrock for BLAX. Having been featured in Fader magazine, The Source, Respect Magazine, The RapFest and many more - even being listed as the best Rap/hip Hop artist of 2018 by the Wisconsin Area Music Industry awards council. BLAX has just recently released his latest full length album “Angeline” on Social Misfits/Next Records.
https://instagram.com/The_God_Degree
https://twitter.com/The_God_Degree
https://www.facebook.com/Longliveblax

EUGENIUS
8:00pm
Cincy's crowned prince of weird hop. The music drives at you like a speeding bullet tearing through the atmosphere, only to leave it dismantled and discombobulated, seeming like you are in the queue of an apocalyptic array of anything that could be thought of as frantic, yet your mind gets tightly sewn back together by Eugenius's thought provoking lyrics and rapid fire spitting.
https://eugenius.bandcamp.com/
Copyright © 2022 CincyTicket, All Rights Reserved. - Ticketing System by CincyTicket Solutions