Kickin' Off the 99 Days of Summer 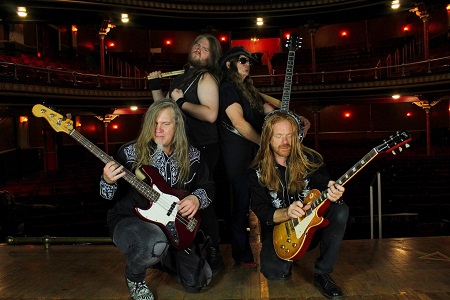 Reserved Seating: $20 advance
Masks are not required, but are optional. The theater is open at full capacity.

Free Parking
More info: www.sorgoperahouse.org
Kick off the 99 days of summer with a rocking show at the Sorg! All proceeds will benefit the ongoing restoration of our historic and iconic building. Formed 2009 The Vinyl Junkies play songs from the hit songs from 1960’s and 1970’s as well as the great album cuts from those decades and have been entertaining audiences for over a decade.

Gary Jeffries is a southern rock artist and songwriter who has written music for HBO's True Blood series. He is a signed Virgin/Sony recording artist and has toured the world with rock greats like Guns N Roses and the Cult. Gary was the singer in a very successful band called Asphalt Ballet and can be seen on Headbangers' Ball being interviewed by Ricky Rachtman. His current lineup features Dwayne Connaughton and son Tor on the rhythm section. Also featuring Chris Lester on lead guitars.