An Evening of Elton John by Captain Fantastic 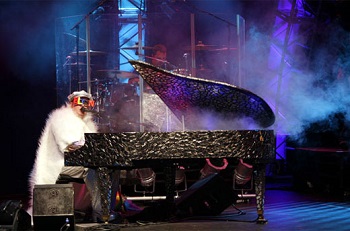 11/16/19 at Sorg Opera House
Box Office opens at 5:00PM, Doors at 7:00PM, Show at 8:00PM
All Ages
Premium Seating: $25
General Seating: $20 advance, $25 day of show/box office
Free Parking
More info: www.sorgoperahouse.org
Simply put - this is Elton John. Ron Foss is Captain Fantastic. The Sorg House will rock and roll with the iconic music of Elton John in November with a stage performance that recreates the magic and persona of the Rocket man. The show will feature Elton’s classics from the 1970’s to 1980’s.


Free parking behind the building off of Broad Street and off of First Street.
Copyright © 2020 CincyTicket, All Rights Reserved. - Ticketing System by CincyTicket Solutions